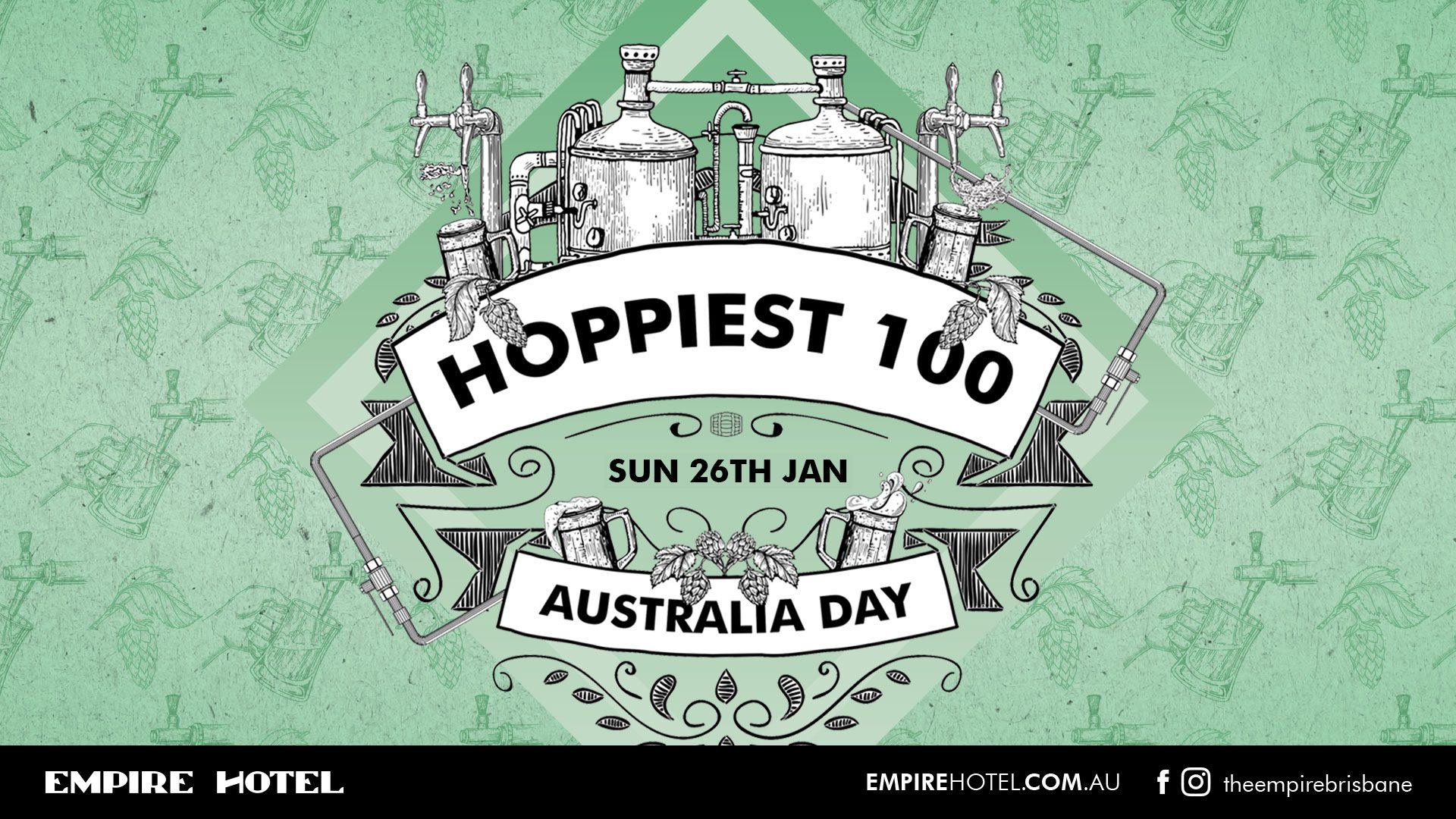 Your chance to decide on Australia’s Hoppiest 100 craft beers and then celebrate the top 10 – on Australia Day at the Empire Hotel!

Get your vote in and you could be up for serious bragging rights, with your chance to win the major prize on the day of YOUR HEIGHT IN BEER! Yes you heard that right… one lucky voter will receive their height in cartons of craft beer! So get your vote in now!

Voting and Prizes
Voting for the 2020 Hoppiest 100 is now open and closes at midnight on 17th January, 2020. The Hoppiest 100 will be announced before Australia Day and the top 10 will be available for your drinking pleasure on Australia Day, all day at the Empire Hotel. You can vote as many times as you like!

The major prize of YOUR HEIGHT IN CARTONS OF BEER will be drawn at random announced at the Empire on 26th January and the winner must be present.

GET YOUR VOTE IN TODAY

*Beers must be Australian craft beers. Major prize drawn on Sunday 26th January at Empire Hotel, winner must be present to collect prize. Voting closes Friday 17/01/20 at midnight. Responsible service of alcohol applies at all times.

VOTE USING THE FORM BELOW